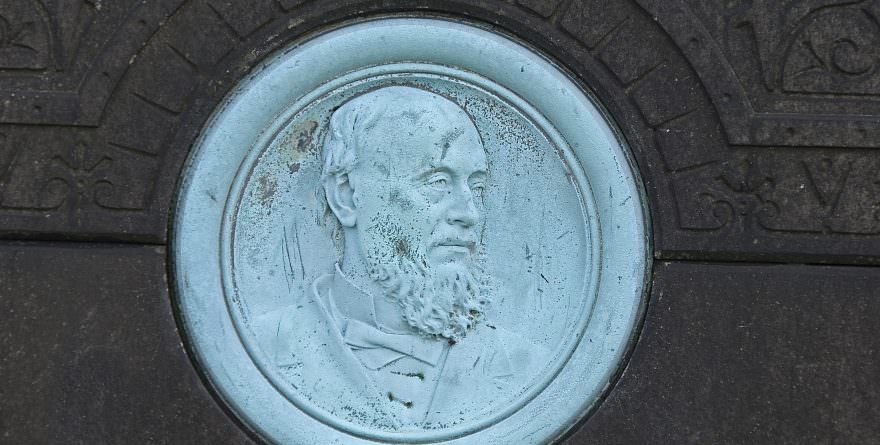 William Mawson was born in Leeds on 17th May 1828 to William Mawson, stationer, paper merchant and later Leeds Councillor and his wife Mary Ogle.

By 1851, he was living with his brother Henry and his family in Hanover Square, Bradford and at the age of 22 had already established himself as an architect working in partnership with Henry Francis Lockwood of Doncaster.  His brother Richard would later join the business also working as an architect, whilst his other brothers Henry Ogle aged 29, had established a bookselling and printing business,  John Edward would later establish a tobacco business and Frederick worked as a cloth merchant. This was indeed an industrious family with great ambition but perhaps it was William and Richard who were the leading lights.

William moved to Clifton Villas. He never married but shared his house with his mother, his younger brother Richard and his sister Louisa and her children.

Lockwood and Mawson cut their teeth on less prestigious projects such as the Work House, later to become St Luke’s hospital (1852), the Bethseda Chapel and Peckover Street (1855).

However, the company were fortunate to be architects in a burgeoning and prosperous Bradford.   Amongst other buildings the partnership designed St George Hall (1853), the Wool Exchange (1867), the Bradford Town Hall (1873) and the village of Saltaire (1853), The Eye & Ear Hospital (1861) and Horton Lane Congregational Chapel (1863). Their names are commemorated as street names in Saltaire. Also they designed the impressive Sion  Baptist Church  at the junction of Green Street and Harris Street, now a Sikh Temple overlooking the Shipley Airedale Road. They were also close to winning the contract to design Leeds Town Hall coming second to Broderick.

Although much of Little Germany was designed by Milnes & France, Lockwood & Mawson designed De Vere House at the junction of Aked Street and Vicar Lane (1871).

Many of Lockwood and Mawson’s buildings still survive and are listed by English Heritage. Three of their buildings that are Grade 1 listed are the Bradford Town Hall, the Wool Exchange and Saltaire Congregational Chapel. Four buildings are Grade 2* listed buildings: De Vere House, Feversham Street Board School, Law Russell building in Little Germany and the Church of Saint Andrew, Scarborough.  Grade 1 listed buildings are buildings of exceptional interest and Grade 2* are particularly important buildings of more than special interest.

In order to win the contracts Lockwood and Mawson would have to submit their designs in a competition with other architects. For example, when the Bradford Town Hall was proposed, W. T. McGowen, Town Clerk placed a notice in the Bradford Observer on 10th June 1869 inviting architects to submit their designs. The architect whose design was chosen would be paid a commission of 5%, the 2nd best design would be paid a premium of £200 and the third best design would be paid £100.  A budget of £40,000 had been allocated for the project. Over four hundred Architects requested details but not all submitted their designs. The thirty-one sets of plans that were submitted  were put on display at Gath’s warehouse on Bridge Street. Lockwood and Mawson of Bradford were chosen as winners, Milnes and France of Bradford were runners up and Mr Jackson of Bradford was given third place. Afterwards other architects questioned the fairness of the competition. A special correspondent of the Building News who preferred to be called ‘funny correspondent’ remarked, “we had no idea that the local talent was so invincible”.  He referred to Yorkshire folk as a clan and he apparently spoke to an ‘intelligent native’ who said “Why thee see, its wadna dew to let t’ brass gae out of town”.

Some contracts such as the Kirkgate Covered Market were restricted to Bradford Architects but the fee was set lower at 3%. Some council members just wanted to award this contract to Lockwood and Mawson but others wanted it thrown open to competition, and so it was.

When Lockwood died in 1878, William’s younger brother Richard became a partner.  The Bradford Daily Telegraph reported that he was associated with the architectural work on the Town Hall, St Georges Hall, The Exchange and Kirkgate Market and outside Bradford, with Nottingham University and City Temple, London. After Lockwood diedthe style of the firm was altered to W and R Mawson and later to Mawson and Hudson.

William died on 25 April 1889. He was laid to rest at Undercliffe cemetery and an Egyptian obelisk marks his grave with a bronze portrait of William at its base, as shown above.  This is a grade two listed monument. His Brother Richard and his mother Mary Ogle are also buried there but his father William Mawson Senior who died some years earlier, is buried at Woodhouse Cemetery in Leeds.

One of William and Richards nephews Francis Mawson Rattenbury served an apprenticeship at Lockwood and Mawsons in 1884 and went on to emigrate to Canada in 1891 where he became an architect in his own right. Francis had a rich and colourful life which ended tragically. He designed many landmark buildings including the Bank of Montreal and the Empress Hotel. One of the first buildings he designed which earned him $40,000, was the British Columbia Parliament buildings which was opened in 1898. He also worked for the Canadian Pacific Railway designing their terminal building and then the Grand Trunk Pacific Railway where he designed hotels and stations. He returned to England to live in Bournemouth where he was murdered in 1835 by his wife’s 18-year-old lover who was also their chauffeur. The case heard at the Old Bailey, dominated the tabloids and became a national scandal. His wife was acquitted of being an accessory to murder but committed suicide a few days later by stabbing herself in the chest six times and jumping into the river. The case is studied by law students throughout the world where common law applies. Ref: Biography posted on Ancestry and Wikipedia. A film was made about the Rattenbury case. It stared Helen Mirren and David Suchet. More information can be found here.

You can find William Mawson’s monument using the what3words App and website. Follow this link and select satellite view.  Click Here.    If you are using the App on your phone type in bond.dish.monday in the search box.