When Eric Anderson was growing up in Bradford and attending his local Lapage Street and Thornbury School nobody could have imagined how history would turn out, how the world would be changed by war, and how an ordinary man from Bradford would became an extraordinary man and a war hero. The bravest of the brave. A man who was awarded the Victoria Cross and who is still remembered today for his exceptional courage.

Before joining the forces he worked as a lorry driver for Messrs A Robinson, Building Contractors, Woodbine Works, Idle. 1 2 he joined the East Yorkshire Regiment in June 1940. Whilst on home leave in 1941 he married Irene Brear. 3 Their home address was Ashfield Place, Fagley. 4

Private Anderson would become a stretcher bearer attached to ‘A’ company of the 5th battalion of the East Yorkshire Regiment.

During the Tunisia Campaign an allied attack took place on the 6th and 7th April 1943 at a place known as Wadi Akarit. Allied forces were trying to dislodge enemy defences and open up a bridgehead to allow Montgomery’s 8th army a route through to Tunis. 5 The plan was for a three division attack with the 4th Indian and the 51st Highland division, taking the flanks, and the 50th would assault the middle, head on. The 5th East Yorkshire and the 7th Green Howards led the attack. 6

As they came forward they came under intense machine gun and mortar fire and had to pull back to a ridge. Some of the wounded men were left in no man’s land.

“Private Anderson a stretcher bearer attached to ‘A’ Company seeing that men were lying wounded in no man’s land, quite regardless of his personal safety went forward, alone, through intense fire and single handed, carried back a wounded soldier to a place of safety where medical attention could be given.

Knowing that more men were lying wounded in the open he again went out to the bullet swept slope, located a second wounded man and carried him to safety.

Private Anderson went forward once again and safely evacuated a third casualty. Without any hesitation or consideration for himself he went out for a fourth time, but by now he was the only target the enemy had to shoot at, and when he reached the fourth wounded man, and was administering such first aid, as he could, to prepare for the return journey, he was himself hit and mortally wounded.

Private Anderson by his valour, complete disregard for his personal safety and courage under fire probably saved the lives of three of his comrades, and his example was an inspiration to all who witnessed his gallant acts. “

His widow received a telegram from the War Office on 29th July 1943 telling her that her husband had been recommended for the Victoria Cross. She had already had some idea that he had been recommended for the decoration by one of his comrades Private Lister Renton, who had lived next door to Eric’s parents in Leeds Road, and who had joined up with him, and had served in the same unit. 7

The Yorkshire Post reported on Friday 29th Oct 1943 “When the King held an investiture at Buckingham Palace solely for the next of kin of men killed in action, the first recipient was a young war worker from Fagley, Bradford. She was Mrs Irene Anderson the 28 year old widow of Private Eric Anderson of the East Yorkshire Regiment, the first stretcher bearer to win the Victoria Cross in this war. Mrs Anderson was accompanied by her father in law and the King spoke sympathetically to the widow and bereaved father.”

Captain Richard F Clark, the Battalion medical officer wrote to Mrs Anderson and said of him. “I have nothing but admiration for the way in which he conducted himself both in and out of battle. In the short time I have come to know him well, I found him to be a man of upstanding character, with lofty ideals, which he gave his life to uphold. Our small squad have lost a friend we could ill afford to loose, whose dauntless courage and untiring devotion to duty was out of the realms of man to fathom. His memory shall always be hallowed in our ranks forever.”

The family must have been devastated by the loss but immensely proud of Eric. In recognition a number of plaques were put in place and a memorial fund was started. It may seem quite trivial now but it is a reminder of the food shortages that existed at the time, in that a friend of Erics, J Booth R.A.S.C. sent home two lemons from North Africa to put towards the memorial fund and these raised 10/6, presumably in an auction. They knew each other from the St John’s Ambulance Class they both attended at Eccleshill. 8

One of the plaques was put up at Thornbury school, one at Bradford Cathedral, and a memorial at Beverley Minster. The ceremony at the school was performed by Lord Mayor W. H. Barraclough. The official citation was read out, paragraph by paragraph, by four pupils. This was very touching and many women were seen to be in tears. After the unveiling, a bugler sounded the Last Post. The Mayor addressed the children and said the citizens of Bradford were proud of Private Anderson who laid down his life for his friends. When he did this brave act he would not have been thinking about the VC but only the suffering of his Pals. He did more than his duty required him to do. 9

At the local church in Fagley three ladies Mrs Harry Collinson, Mrs T Scott and Mrs Anderson raised £20 for a red granite tablet to be placed on the outer wall of Fagley Congregational Church. 10 In some accounts this was referred to as St John’s United Reform Church. Also a silver alms dish was presented to the regiment with Private Andersons name on it, it had the East Yorkshire Badge in the centre. 11

Eric Anderson VC was laid to rest at Dfax War Cemetery in Tunisia (headstone shown here) and is remembered at Undercliffe Cemetery alongside his uncle Arnold Pitts who was killed in World War One and Albert George Hall and Laura Hall nee Pitts, together with Alice Hall. Pitts was his mothers maiden name.

There is also a stone at the Bradford War Memorial naming the men from Bradford who were awarded the Victoria Cross.

Those who knew Private Anderson in civilian life describe him as a quiet, modest and likeable young man keenly interested in his work, and one who never boasted of his courage. His father had served in the 29th and 2nd Divisional Artillery in the last war and was wounded. 12

October 1954. Brigadier R J Springhall colonel of the East Yorkshire Regiment receives the Victoria Cross, posthumously awarded to Private Eric Anderson, from his widow, now Mrs I Pilling. The medal was put on display at the Prince of Wales Own Regimental Museum. Nearly 300 of the Regimental Old Comrades Association paraded at the ceremony. George Anderson was given a regimental tie by Brigadier Springhall who told him that the tie and the privilege of wearing it as a non member of the Regiment, was the highest honour they could afford him. 13 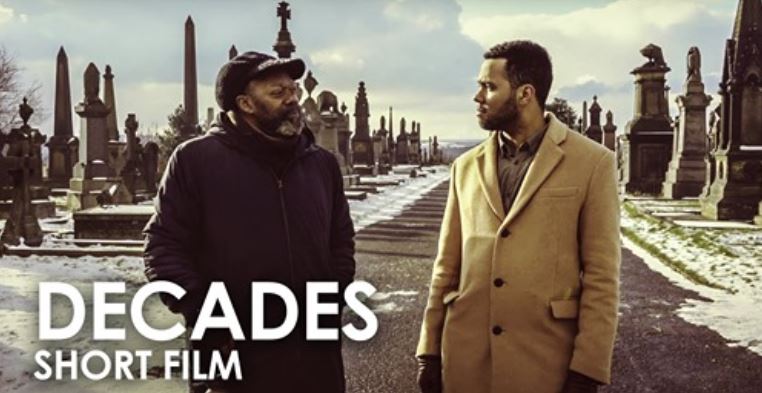