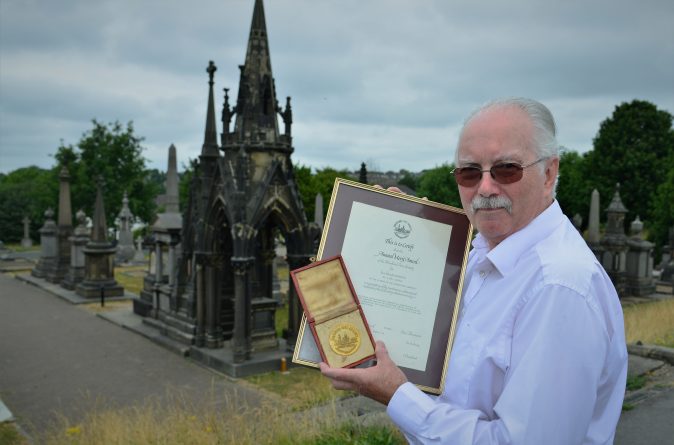 A unique archive of material charting the people of Bradford’s campaign to save the cemetery has come home. 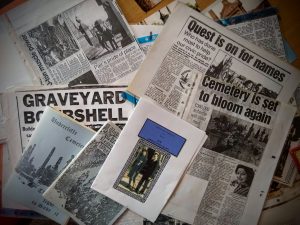 Mr Tony Chapple, presented the collection to Undercliffe Cemetery Charity, in memory and as a tribute to his late wife, Christine Chapple, for her hard work and commitment that was required in rescuing the site from oblivion.

Christine, who was an amateur genealogist, became instrumental in the struggle to stop the bulldozers. Together, with Tony, they helped form The Friends of Undercliffe Cemetery and the group began to alert the public and galvanise support.

The documents give a fascinating insight into the campaign that was keenly fought against the destruction of what is now recognised as one of the finest Victorian burial grounds in the country.

The site, which had fallen into disrepair, came under the control of builder Arthur Edwick, of Baildon and there was uproar when buildings were demolished, stones removed and plans for housing were unveiled.

Newspaper clippings, tell the story, led by the articles of Bradford Telegraph & Argus reporter, Paul Parker, together with photographs, maps and letters, they chart the campaign’s progress, setbacks and ultimate success in saving this nationally important graveyard.  One of Tony and Christine’s most treasured item 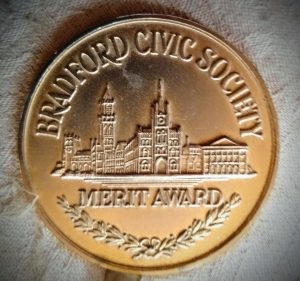 “..their initiative and persistence towards the preservation of Undercliffe Cemetery and for co-ordinating public interest which led to the acquisition and restoration of a monument of local and national significance”

The five year campaign, involved many, many people.  The award, Mr Chapple said “was for everyone involved. For councillors, residents, families and those interested in seeing such an important site saved. It really is an award to all those Bradfordians who cherish and are cherished at Undercliffe Cemetery.

Its important that the archive material is home.