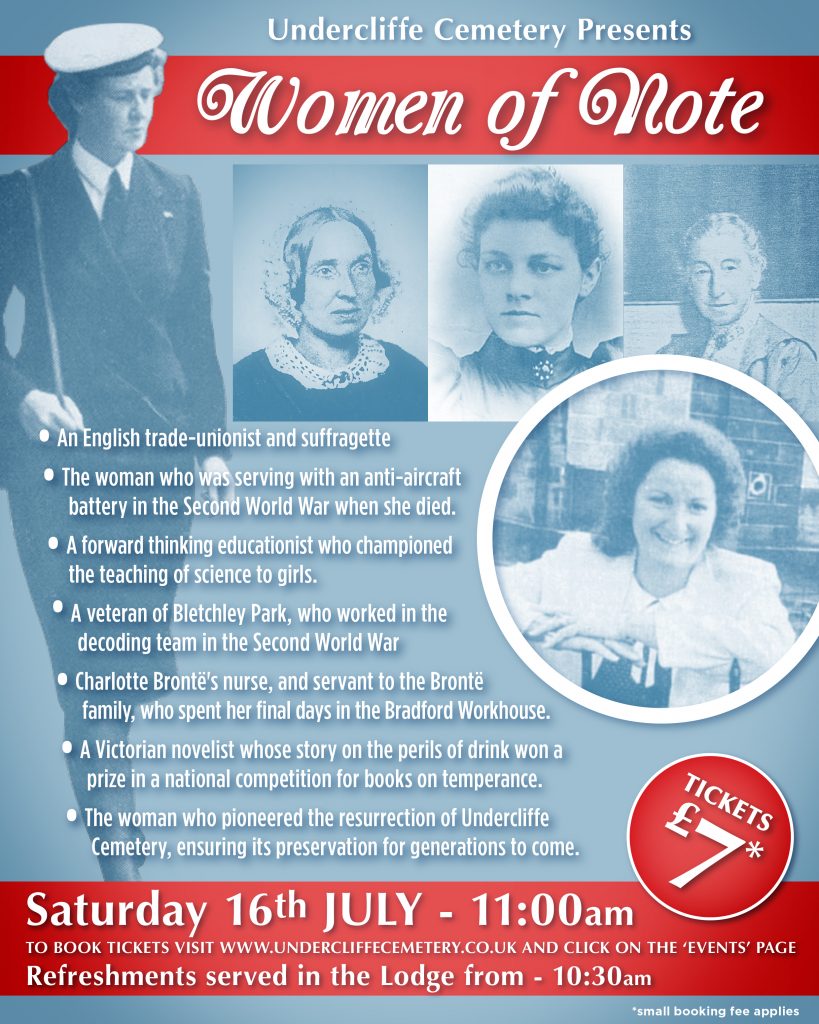 A tour of Undercliffe Cemetery focusing on women, some of whom, just didn’t know their place in Victorian society.

Join us on the 16th July as we commemorate the work and lives of some of Bradford’s doughty women, whose final resting place was Undercliffe Cemetery.

• Charlotte Brontë’s nurse, and servant to the Brontë family, who spent her final days in the Bradford Workhouse.

Tea coffee and cake served from 10.30 am