Join us on our tour as we commemorate the work and lives of some of Bradford’s doughty women, whose final resting place was Undercliffe Cemetery.

Our researchers will be telling the stories of these women, some of whom, just didn’t know their place in Victorian Britain.

• Charlotte Brontë’s nurse, and servant to the Brontë family who spent her final days in the Bradford Workhouse.

This will be a ticket only event. The tickets are £5 each and are available through Eventbrite. Eventbrite also charge a small booking fee. 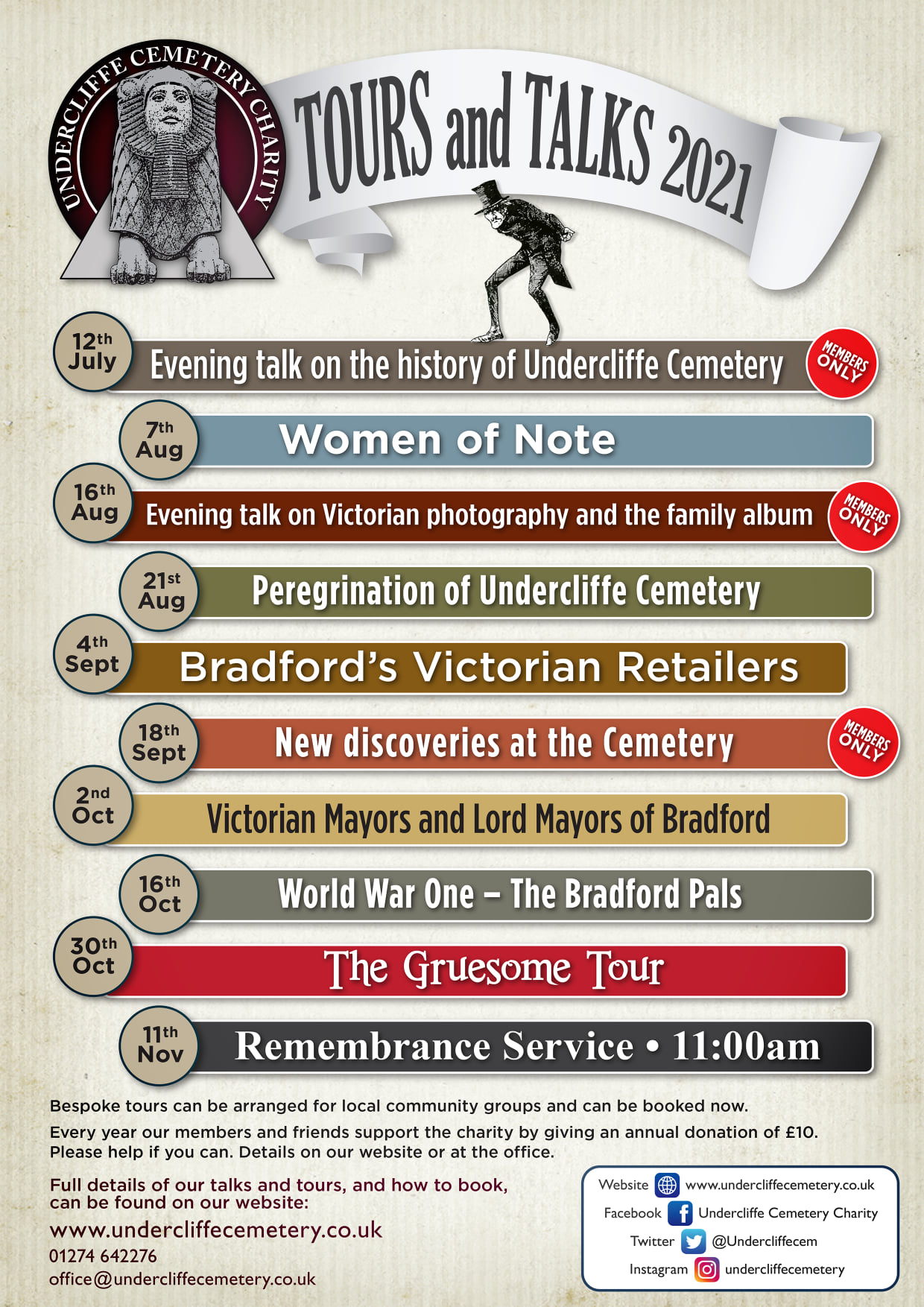