As our groundwork team clear areas of the cemetery that have not been touched for fifty years new discoveries are made. Beautiful monuments which had been covered by ivy for many many years, like the mother and baby monument.

Our research volunteers are continually finding new and interesting stories, finding monuments that have been overlooked, where the family have a fascinating history. One such monument is that of one of the most wealthiest men in the cemetery, and we didn’t even know he was here. He inherited his father’s business which was the Low Moor iron works and coal mines . His father had made a fortune developing the business and was at the very heart of the Industrial Revolution. He was also a very close friend of Joseph Priestley, one of the Lunar Men, who is best known for the discovery of Oxygen.

In addition there is a man who entertained thousands by flying his hot air balloon at the 1904 Bradford exhibition in Lister Park. One of his flights nearly led to disaster when it was launched from Bradford Moor Park.

A military man of mystery also features. His family lost seven children but one of his surviving daughters married into a Leeds family and inherited a fortune.

In addition to this we have uncovered another Bronte connection. Margaret Kirby was discovered by one of our research volunteers. She was the lady that Branwell Bronte painted and who was his landlady in Fountain Street when Branwell came to live in Bradford. There is of course an interesting tale behind every Bronte connection.

If you think these are interesting tales then wait until you have heard the story of the Kings messenger who set off for St Kilda with a group of Yorkshire men to bring the islanders the best wishes of the King along with presents and half a ton of books !

Please book in the usual way through Eventbrite. The tour itself costs £5 plus a small booking fee charged by Eventbrite.

Tour starts at 11 am and last for around 90 minutes. 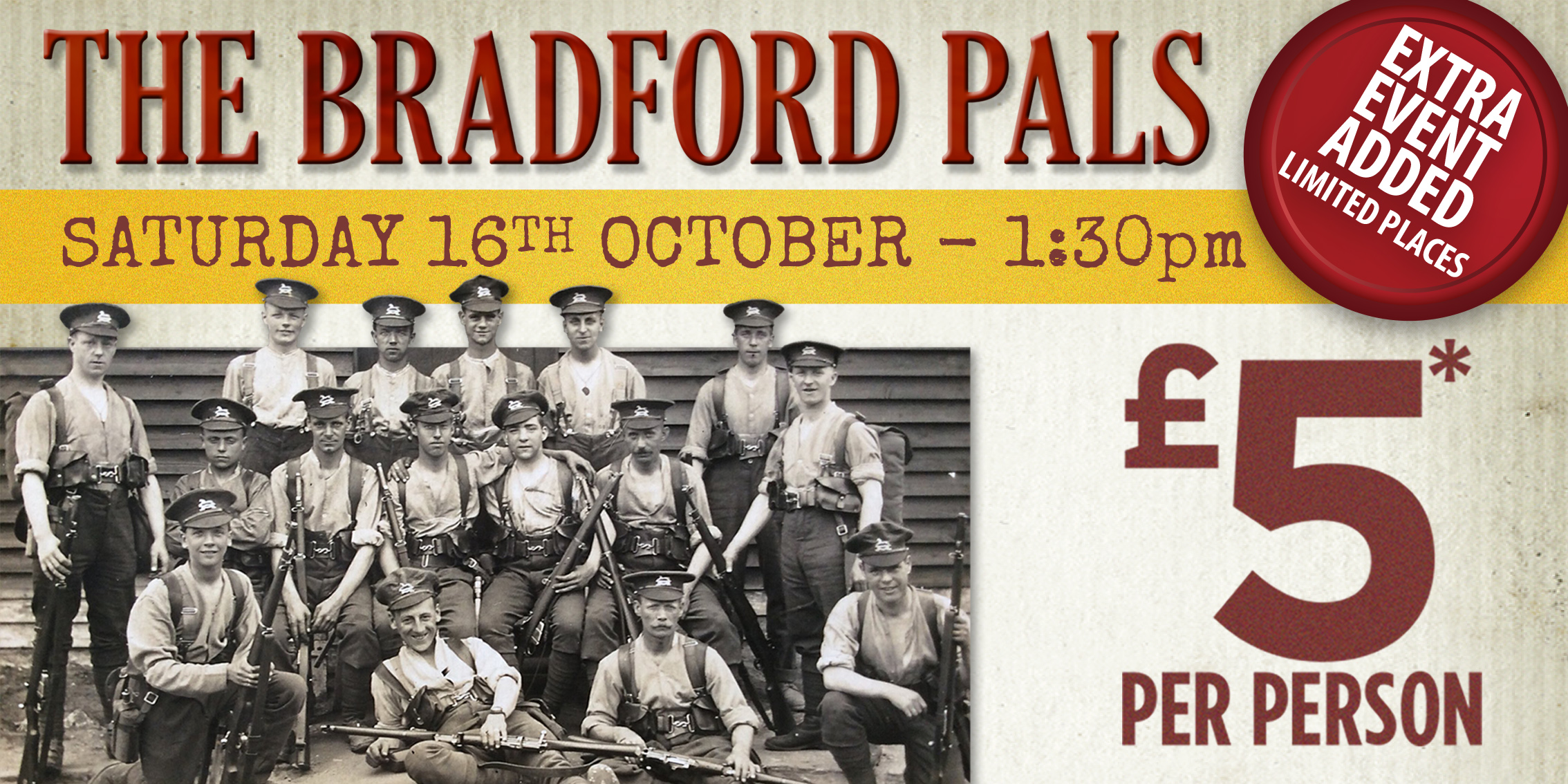